Eighth Grade is an excruciatingly honest coming-of-age drama about what it feels like to be a socially awkward 13 year-old girl. It is cringe-inducing, funny, moving and ultimately hopeful. Teenage actress Elsie Fisher is wonderful as Layla. Her performance feels raw and real and we are with her every step of the way, suffering her agonies of mortification and celebrating her hard-won victories and glimpses of happiness.

Layla’s painful journey from eighth grade to the cusp of High School freedom is orchestrated with empathetic brilliance by first-time writer-director, Bo Burnham. After witnessing such a sensitive and wise portrayal of adolescent girlhood, it was a surprise to learn that Bo is a twenty-eight year-old man.

During her last week of Middle School we follow Layla around as if she is the subject of a documentary on teenage anxiety. Fisher’s acting is so lifelike that we respond to her character as if she was a real person. We first see her via her homemade vlog, in which she tries to help her audience feel better about themselves. Her video topics include ‘being yourself’ and ‘how to be confident’. A dedicated self-improver, Layla has a wall of motivational post-it stickers (sample: ‘Go Get’em!’) and a handwritten list of ‘Things I want’ and ‘how to get them’. Top of the list are a best friend and a boyfriend.

When Layla is awarded the class superlative award for ‘most quiet’, she looks so crushed we want to give her a hug. Layla is determined to beat her shyness but there seems to be no escape from her lonely misery; the tyranny of the mobile screen and peer pressure of social media only add to it. 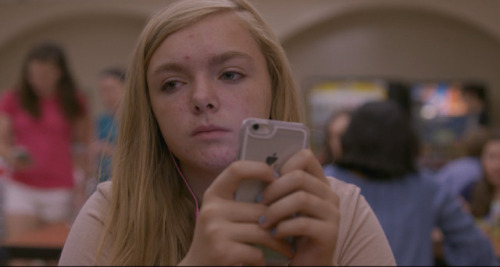 Layla has a crush on Aidan, winner of the ‘best eyes’ award. But sex is a puzzle to her, made more baffling by the sex education video they are shown in class (‘Chapter 1: the hair down there’). Any tentative forays into the sexual end in squeamishness and embarrassment.

In one of the film’s best scenes Layla makes her entrance at a ‘cool’ classmate’s party: we watch her from behind as she trudges towards the swimming pool with sloping shoulders, as if walking to her execution. It has the same sense of dislocation, of being forced into an alien world, as the pool party scene in The Graduate (1967), in which a reluctant young Dustin Hoffman surveys the watching adults through a scuba diving mask. As if to emphasise this link, nerdy Hoffman lookalike Gabe (Jake Ryan) surfaces next to Layla wearing a swimming mask and starts chatting to her. Any attempts to befriend the cool kids is doomed to failure. A hush descends as birthday girl Kennedy opens Kayla’s present, a card game. “It’s actually really fun,” says Kayla. Kennedy looks as if she has just unwrapped a dog turd.

Despite all this Layla has the courage to take the mike and sing karaoke. In a nicely-judged move by director Burnham we don’t get to hear what she sounds like and we don’t get to see any negative reactions from the other kids. For all we know, Kayla might have a singing voice like Aretha Franklin.

Much-needed happiness arrives in the form of Olivia (Emily Robinson), the older girl paired with Layla for the day when her class visit their High School. Olivia is kind and reassuring (“You’re so cute … I was a complete mess when I was your age”) and it is a joy to see Layla really smiling, loving the company of a cool older friend. This is what she has been missing and we wonder how much easier life might have been for her with an older sister to mentor her. 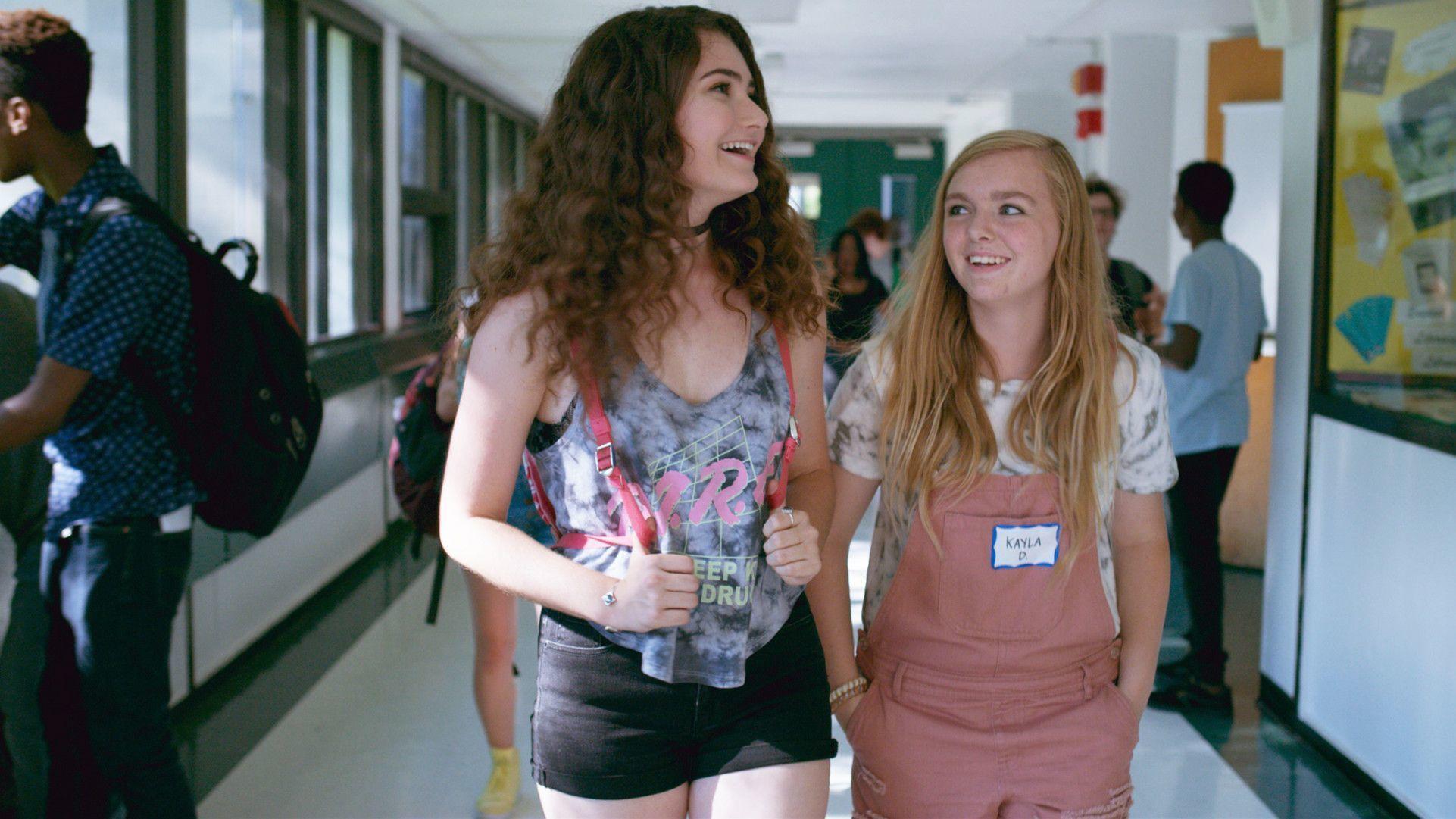 Beyond the teenage angst, Layla has a loving relationship with her Dad (Josh Hamilton), who has brought her up single-handedly since she was a baby. He might be a bit of a ‘dork’, but she takes his advice to heart. When he interrupts her phone-scrolling at the dinner table – gently encouraging her to ‘put yourself out there a bit more’, she is annoyed. But the next topic of her vlog is ‘putting yourself out there.’

When we first see Layla she is wearing a butterfly t-shirt so Burnham prompts us to expect transformation. Will she turn into a beautiful butterfly? Or will the nervous butterflies in her stomach stop her becoming her true self? When Layla opens her old time capsule shoebox she doesn’t much like her younger self. But her new eighth grade one includes a video message to her future self: “I can’t wait to be you.”