As part of 2019’s Cambridge Literary Festival journalist and critic Alex Clark chaired a discussion to celebrate the writing of novelist Iris Murdoch, who would have been 100 years old this July. Joining her were Catherine Taylor and Jonathan Gibbs, both writers and critics.

Clark began by acknowledging Murdoch’s Marmite quality: “I identify as an Iris Murdoch fan. But a lot of people don’t like her.” Gibbs, whose own work has drawn comparisons with Murdoch, prefaces his current novel The Large Door with a quote from her: “One of my fundamental assumptions is that I have the power to seduce anyone.” She famously had multiple affairs with both men and women during a long marriage to John Bayley.

Gibbs first read Murdoch’s debut novel Under the Net (1954) because he was reading “lots “of existential novels.” He now has a poster of the “lovely” cover for The Sea, The Sea (1978) on the wall of his college room, presumably the classic Hokusai painting The Great Wave off Kanagawa used for the book’s first edition. 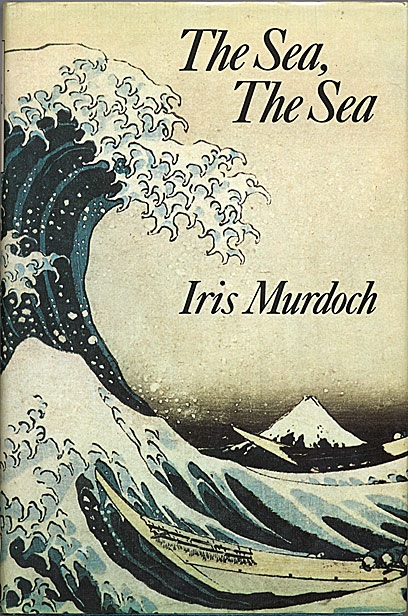 Taylor said she had read all Murdoch’s books by the age of 20 (her Mum was a huge fan), rediscovering them 20 years later. She acknowledged the change in the prose quality after the onset of Alzheimer’s disease. The author of books on philosophy such as The Sovereignty of Good (1970), Murdoch “put a bit of her philosophical tenets into her work, like Simone de Beauvoir.”

As someone who confessed not to read women writers at the time, Gibbs was shocked and surprised how funny and “page-turnery” Murdoch’s novels were: “it was an absolute joy to come across someone who was writing such vivid prose.”

Clark noted that the author was ambivalent about her intricate plots, both cleaving to them, then not seeming to care about them. In her letters Murdoch does not really talk about the novels, which begged the question of why she wrote them at all. Taylor pointed to an unfettered imagination that could not be constrained by only one discipline.

When Murdoch’s first novel was published in 1954 Kingsley Amis wrote “she is a distinguished novelist of a rare kind”. Under the Net had a “definite whiff of Europe,” said Clark, a mixture of philosophy and gritty kitchen sink realism.

What other qualities marked her out? Vivid settings and the chameleon ability to shift between them. Polyamory, gender-fluidity, a “ridiculously over-the-top” carnivalesque cast of characters. “She just plays around with these characters like a puppet master,” observed Taylor. She was working through a particular theme until it worked itself out on the page.

Murdoch’s prose is “so simple and pellucid”, said Gibbs. Her novels are “luminous … beautifully clearly written” – place, buildings, nature are all vividly captured. Taylor: this is a writer, like Dickens, “who really dwells on the physiognomy of her characters”.  She goes against the “show, don’t tell” advice given to budding writers, telling you about them instead.

Since her death in 1999 Iris Murdoch’s reputation has become “obfuscated”, influenced by her husband’s memoir of her when she was suffering from Alzheimer’s, which was the basis for Richard Eyre’s feature film Iris (2001). Taylor thought this was “questionable,” a way of writing about her without her knowledge. There was a “prurient interest in a mind falling apart,” agreed Clark. “All marriages are opaque,” said Taylor. 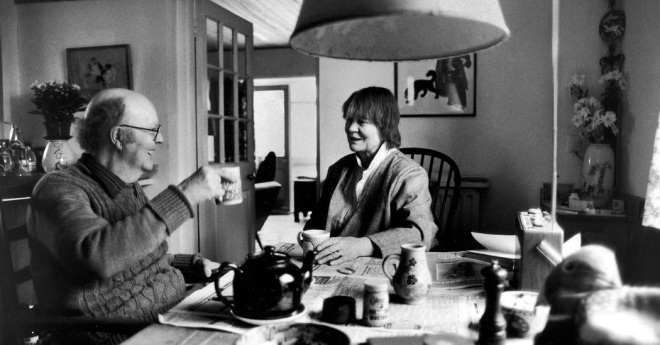 Clark brought the discussion back to seduction: “this is what she is fascinated by – sudden revelations that a character is passionately in love with another.” These “thunderclaps” are why Murdoch is popular with adolescent readers. Like Shakespeare, she makes us believe in falling in love, said Taylor, and she writes beautifully about middle-aged love in all its “piteousness and ridiculousness”.

Murdoch came of age during World War II and the horrors of way work their way into her books. She is concerned with the nature of ‘goodness’, morals and ethics in relationships, and what happens to her characters when they are not ‘good’.

What conclusions did she come to? wondered Clark. “If you come up with the answer, you shut up,” observed Gibbs, citing authors such as Rimbaud. But Murdoch was always asking the same questions – 26 times. Her books get longer, the older she gets.

How important was her Irishness to her? (My own kids always call her ‘Irish Murdoch’). Taylor was delighted to report that a Centenary stamp of the author was being created in Ireland this year.

Clark: “Some of her books aren’t very good, are they?” This was due to the speed they were written at, said the others (1 every year during the 1960s/70s). Books like The Italian Girl (1964) “feel like they were written in a fever,” thought Clark, “but not a good one.” 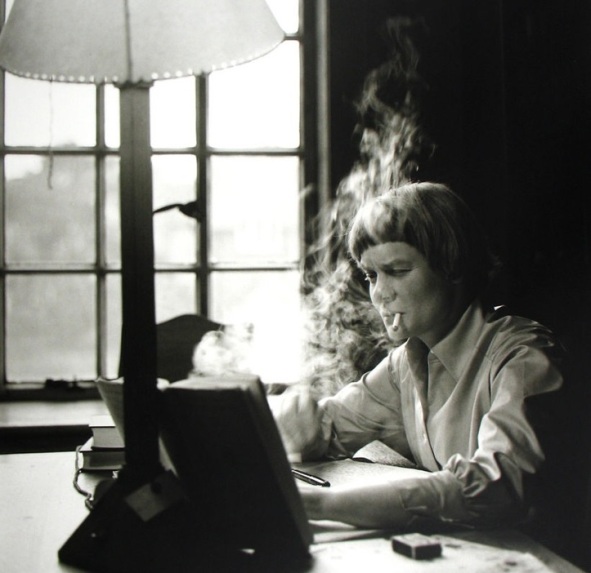 Murdoch described herself as “a male homosexual sado-masochist.” Unlike contemporaries such as Margaret Drabble she did not go in for feminism. She wrote books that would appeal to men, said Gibbs. Her male characters are “a mess, but it’s flattering to be worthy of [the novelist’s] attention.”

The panel discussed The Sea, The Sea, winner of the Booker Prize in 1978, and “a phenomenal work about self-deception,” in which the “amazing central character, Charles Araby,” tries to rescue an old flame from her marriage. But she doesn’t want to be rescued. Clark wondered whether this exposition of male shortcomings chimed with the #MeToo movement, or was at odds with it.

Gibbs talked about a recent ‘Murdochian’ novel, Hanya Yanagihara’s A Little Life (2015), which has also sharply divided readers, with its ‘operatic’ suffering and sexual abuse. Like Murdoch, the author here is not much interested in psychological realism, so much as Dickensian character development and the playing out of an idea.

To close, Alex Clark tells the story of Philip Larkin and his lover, Monica Jones, of how they used to enjoy visiting libraries on holiday and defacing books, much like Joe Orton famously did. Thus, Iris Murdoch’s Under the Netbecame ‘Under the Nether Regions.’

Questions from the audience included one about humour and comedy. The Black Prince is farcical, said Taylor, and there is always a death in her books, but it is hilarious. The Sea, The Sea is a tragi-comedy about coercive control. Her characters say very witty things, said Gibbs. They’re all clever, gossipy, and they have outlandish names. Girls have boys’ names like Julian.

Taylor pointed out that Murdoch “jettisoned people quite cruelly in real life, just like her characters.” The author could be “terribly heartless,” agreed Clark, but she was “driven by ideas of the moral good.”

How many of the audience had read an Iris Murdoch novel in the past year? A few hands go up.

The event finished with the panel’s personal favourites:

Catherine Taylor – The Flight from the Enchanter